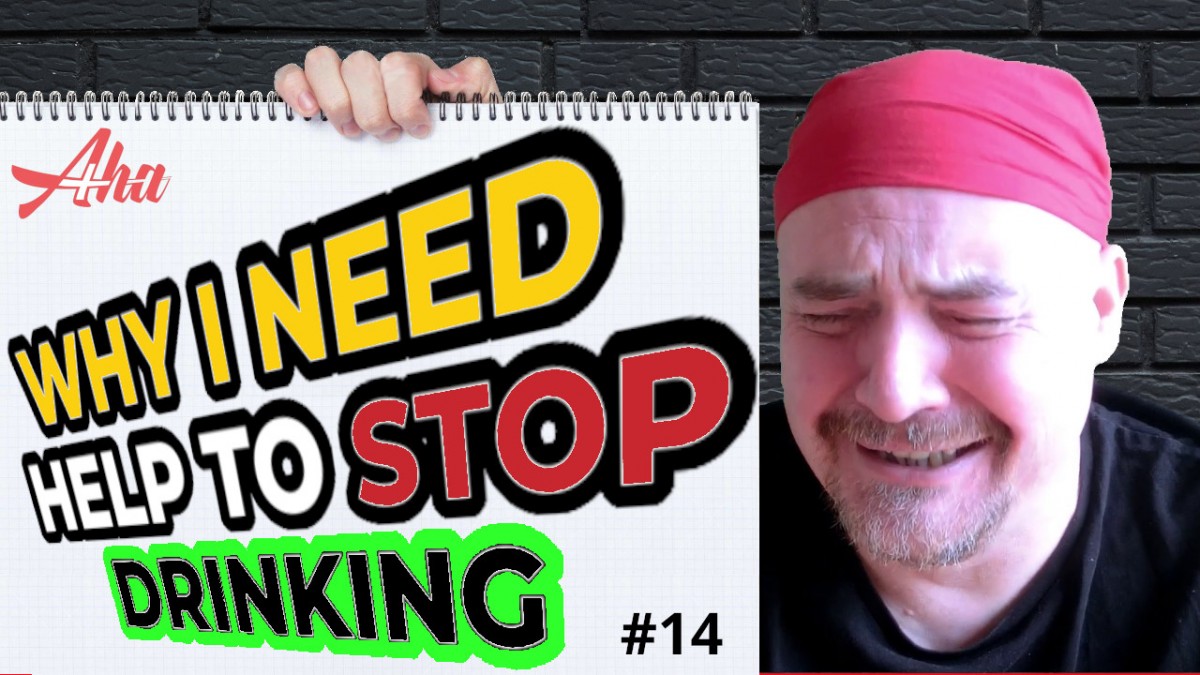 Alcohol is an addictive poisonous drug but that’s not why you need help to stop drinking. In his analogy of the art of motorcycle maintenance, Mark Holmes, Alcohol Quit Guru, explains how it’s more to do with how you think.

Good morning and welcome to the Crazy Sobriety Vlog. Today’s question is, Why I need help to stop drinking?

The Analogy of the Art of Motorcycle Maintenance

If you’ve seen other videos of mine, you’ll know that I’m into motocross, touring, adventure touring. I love motorbikes.

Last night, I was watching the disassembly of a Yamaha 250. Some people might find that like watching paint dry, but to me, that was poetry in motion. It was the most beautiful thing I’ve ever see. Taking off the seat, the mudguards and then disassembling the engine. Getting into all those little nooks and crannies. It was sexy!

I was fascinated, and I’m a bit of a slow learner, so I’ve got to watch a lot of these videos, and then I start recognising things: “Oh, yeah. Yeah, I remember that. That’s the gear mechanism, that’s the gear box, the transmission. You should have the rings there in a layer. Oh, why has he? He’s forgotten to…”

So you start identifying things first of all, and the different parts, and then how they should go together. You label everything so that when you put it back in the right sequence again it works.

Now, that might not seem like rocket science, but why do we need help to stop drinking? Well, we want to make the bike work better, don’t we?

We want to make the bike work.

The effect of no help on motivation to quit

If I was trying to disassemble the bike on my own, I’d find that really hard. I’m sure I’d make lots of mistakes. I probably wouldn’t be able to do it first time. I might quit, give up because it’s too difficult, and then come back to it a week later and see all the little parts and then go, “Oh God, how am I going to do this? This looks too much to imagine. I can’t even do the beginning bit, how am I going to do the whole the engine? It’s impossible!”

And in a way your brain is like the whole engine, isn’t it? The little bits are like all the things you’re thinking, the thinking is the cogs in the engine. If the engine is not firing, it’s because the cogs are either not in the right place, or they’re catching. There’s a million things that could be wrong with the engine, couldn’t there?

Why do I need help to stop drinking alcohol? It’s because you don’t know how to do it on your own. That’s it. If you’re trying to get a bike to work you need help, especially in the beginning, to know what to do, to know how the parts fit together, to break it down.

You can take it apart but you won’t have a clue what any bit does, or how to put it back in the right order to make it work better. That’s what we’re doing with counselling and that’s what I’m trying to do with my book. My book is called, “Holmes’s Complete Guide To Stop Drinking Alcohol” available on Amazon.

I call it “Thought Surgery”. We use Cognitive Behavioural Therapy in counselling and there’s some evidence that it works as well in self-help books. It’s tried and tested and it gives you the tools that you need.

Now, doing it without those tools is like disassembling an engine without knowing what you’re doing, and that’s why it won’t work. Or, if it does work you’re very lucky!

You could disassemble an engine and put it all back together and it might work. It could. It’s not beyond the realms of possibility is it? (You might not be aware of what part is lost along the way!) But it can happen.

I’m not saying that everyone needs help, sometimes people need different levels of help. My book will work for some people, but it won’t work for everyone, more than any book will work for everyone. For other people, they’re going to need something else. Some people are going to need counselling, because they need a higher level of understanding of their individual circumstances.

You don’t say, “that’s a gearbox, obviously that’s a gearbox!” That’s not going to really help. You probably wouldn’t last one minute as a counsellor doing that. It’s about listening carefully, direction and guidance.

A Word Of Caution About Quit-Drinking Coaches

You know what the engine is and how the engine works. And this is the bit that worries me about so many of these quit-drinking coaches. Do they know what they’re doing? I mean, is it based on any therapeutic model? What principles are guiding the direction of their counselling?

If someone says to me, they’re an integrative therapist, or humanistic or psychoanalytical therapist, I would know where they’re coming from. It’s the same as me saying I’m a CBT therapist, they’ll know what my basic beliefs are.

When you go to an alcohol coach, what is their psychological model? That’s the bit that worries me. They’re dealing with the mind but without any kind of therapeutic approach which scares the hell out of me because you can do damage.

It’s an incredibly complicated condition to treat, akin to reassembling a motorbike.