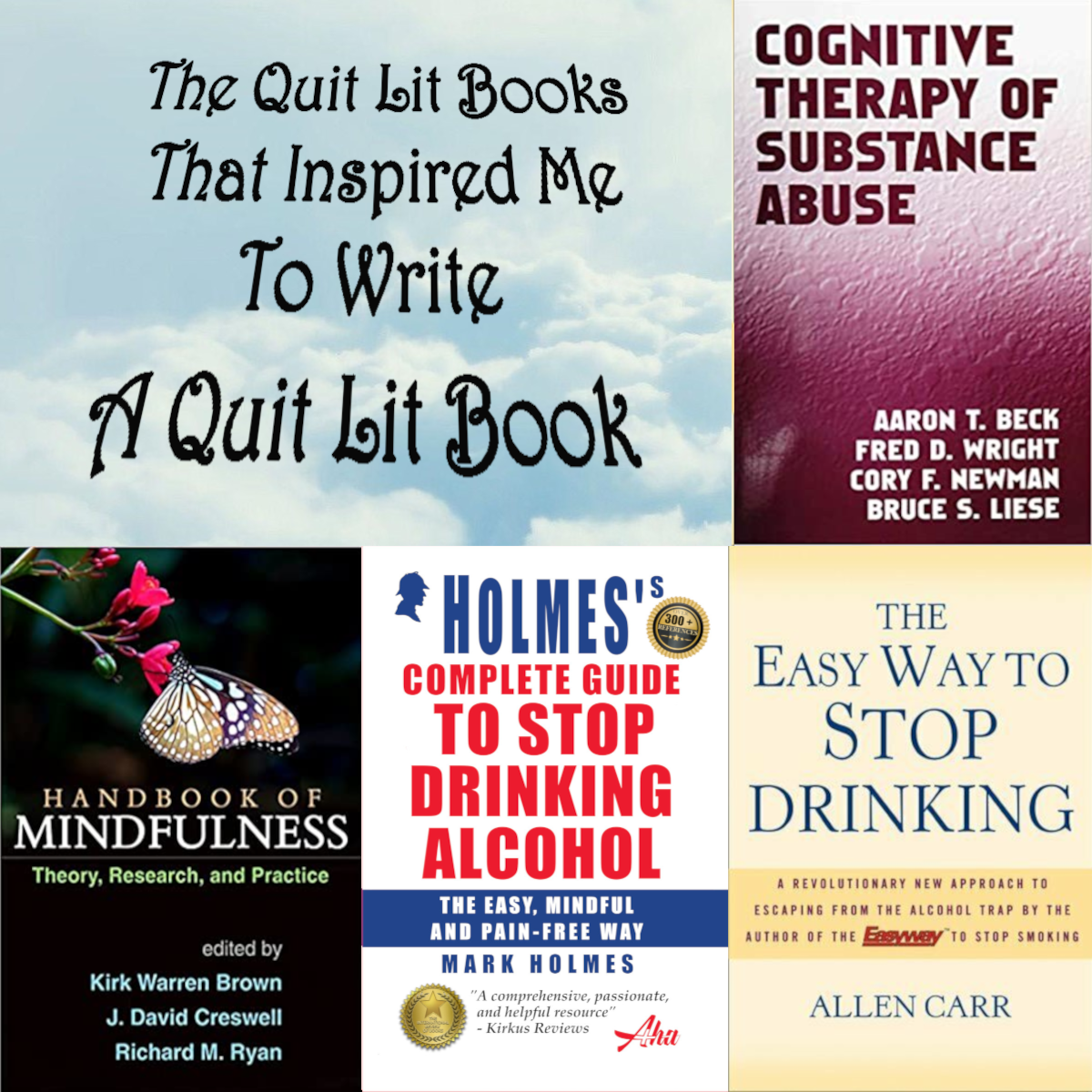 Quit Lit books matter because I think you should always plan before you quit drinking and that involves doing some research. You could spend years searching for solutions through academic papers like I did to learn how to quit drinking alcohol or look for somebody who’s already done that and put the best methods, tools and techniques into a book for you, like I did in writing my book. But what quit lit books exactly inspired this author to write his own quit lit book and might inspire yours? And which is best in the Top Three Quit Lit books of all time?

First off, let’s start with the book ‘wot I wrote’, because if you know a little about this book it may be a clue as to what my inspirations might be. I will not describe it myself, but leave that in the capable hands of one of the most famous independent reviewers in America, Kirkus Reviews. Here’s a precis of what they had to say about my book: 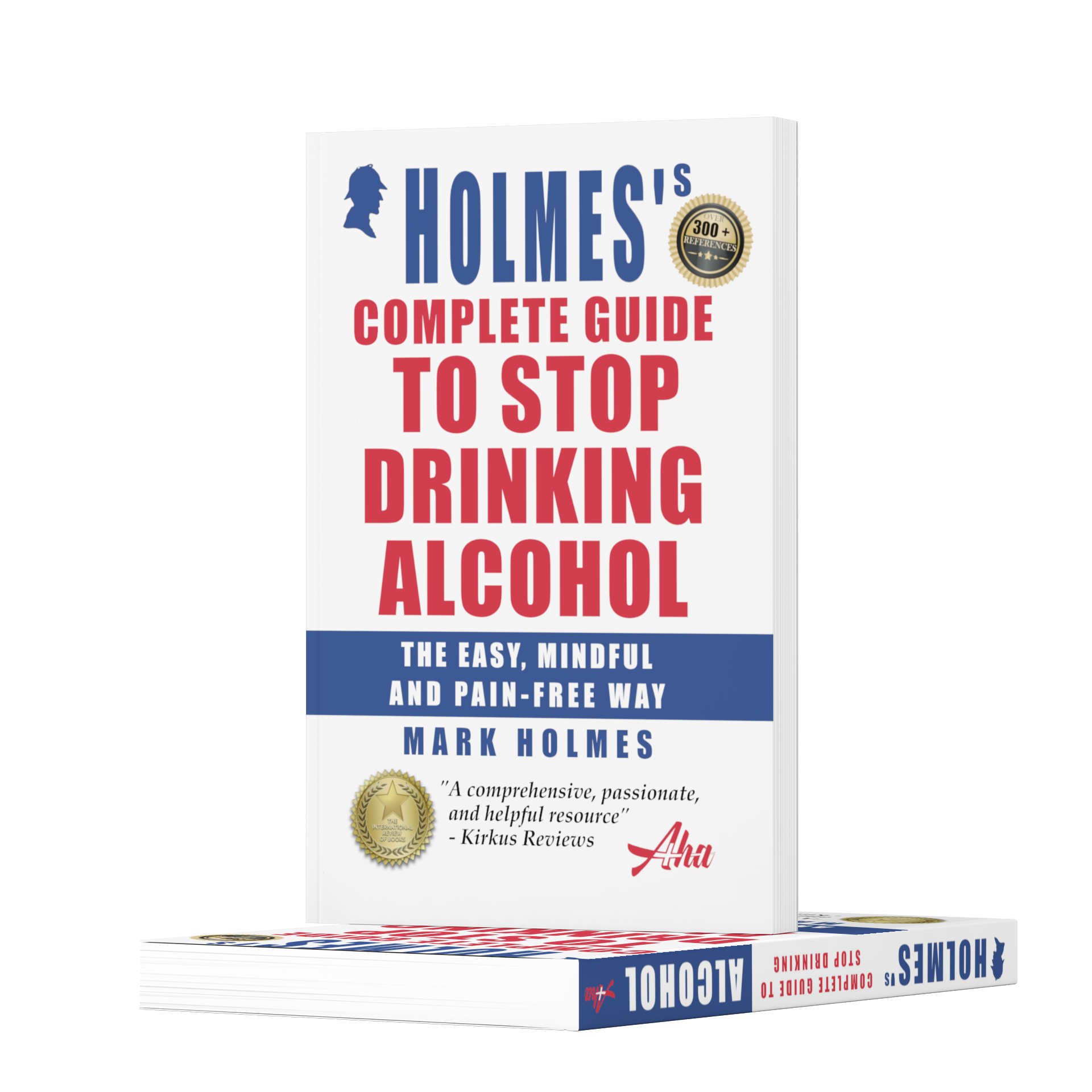 “In this robust manual, Holmes, an online counselor and founder of the Addiction Help Agency, offers an easy and painless way to quit drinking alcohol permanently. The core of this process is a style of cognitive behavioral therapy with a focus on the incremental reduction of drinking and an increase in mindfulness—through meditation, self-assessment, and self-monitoring—to identify harmful patterns. To aid in this, the book provides numerous tools, from graphs and tables for recording habits to diagnostic tests like the Michigan Alcoholism Screening Test, the DSM-5, and others… The book promises “a radical alternative to the public perception…of drinking” as well as “a revolution in alcohol awareness.” In the latter case especially, the guide succeeds.” – Kirkus Reviews

Now, let’s explore where the inspirations for my book came from, starting at the top, with Number 1 on my list of the best Quit Lit books of all time. 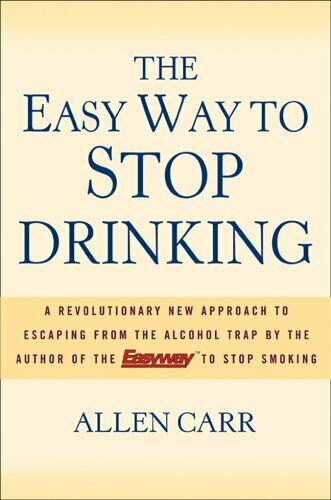 This book was a ground-breaker for me as a high-functioning alcoholic of over thirty years after AA didn’t work for me, and I dedicate my own book to its author, Allen Carr, even though it didn’t have all the answers. It gave me three months sobriety painlessly and proved to me the potential of bibliotherapy. Up until that point I had been very sceptical whether it would ever be possible for me to stop drinking alcohol. In fact, the thought didn’t even cross my mind because I was convinced it was impossible for me.

What Allen Carr lacks in research, and there basically isn’t any in this book, he makes up with by an extraordinary conviction that nobody in their right mind would want to drink willingly. Some have accused him of hypnosis by repetition, and there is a lot of repetition (!), but he writes passionately and convincingly.

The problem is because his method is not based on research it lacks authority and relies on imagery and analogy to persuade you to stop drinking. This book is out of print now, and replaced by others writing in his name at the organisation he founded, and the final product is far inferior imho. It is worth trying to find the original if this book sounds interesting to you. 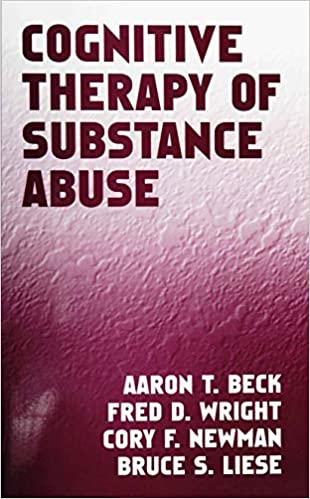 This is not the ground-breaking book Dr. Beck is most famous for, Depression: Causes and Treatment (2009) which formally introduced the world to Cognitive Behavioral Therapy (CBT) for the first time, but for me this book was like finding the Holy Grail, the missing link, the key that made Alcohol Cessation make sense to me. It was everything that The Easyway To Stop Drinking wasn’t being firmly grounded in empirical research and organised in a theoretical model which could be tested. It inspired me to train as a CBT Therapist.

If Allen Carr was the creative right side of the brain, Aaron Beck was the logical rational left side. But this book was still only half the story in my personal journey to finding a solution to stop drinking alcohol but it showed me the direction in two ways. I became fascinated, firstly, by research into the causes of alcoholism, and secondly, the effectiveness of tools and techniques to avoid relapse. But I was still searching for something more…

No. 3. Handbook of Mindfulness: Theory, Research, and Practice (2016) by Kirk Warren Brown 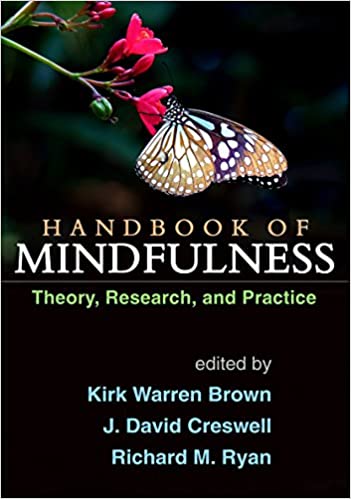 Dr Kirk Warren Brown is Professor of Social Psychology at McGill University and is a world-leading Researcher in the field of mindfulness, in the same league as more well-known leading  mindfulness academics like Jon Kabat-Zinn.

This is a Quit Lit book with a difference, because what is special and brilliant about Dr Brown is how he brings science to the applied study of mindfulness to mental health in this book.

This was like finding the other side of the equation to balance the inspiration of Allen Carr, and Aaron Beck’s Cognitive Behavioral Therapy to achieve permanent alcohol cessation in my book.

Dr Brown also publishes research extensively in Journals and I was particularly inspired by his paper with Richard Ryan, “The Benefits of Being Present: Mindfulness and Its Role in Psychological Well-Being” (2003) in the Journal of Personality and Social Psychology. You can find more details of his fascinating research here.

These are my top four quit lit books and the reason why the dedication page of my book reads: 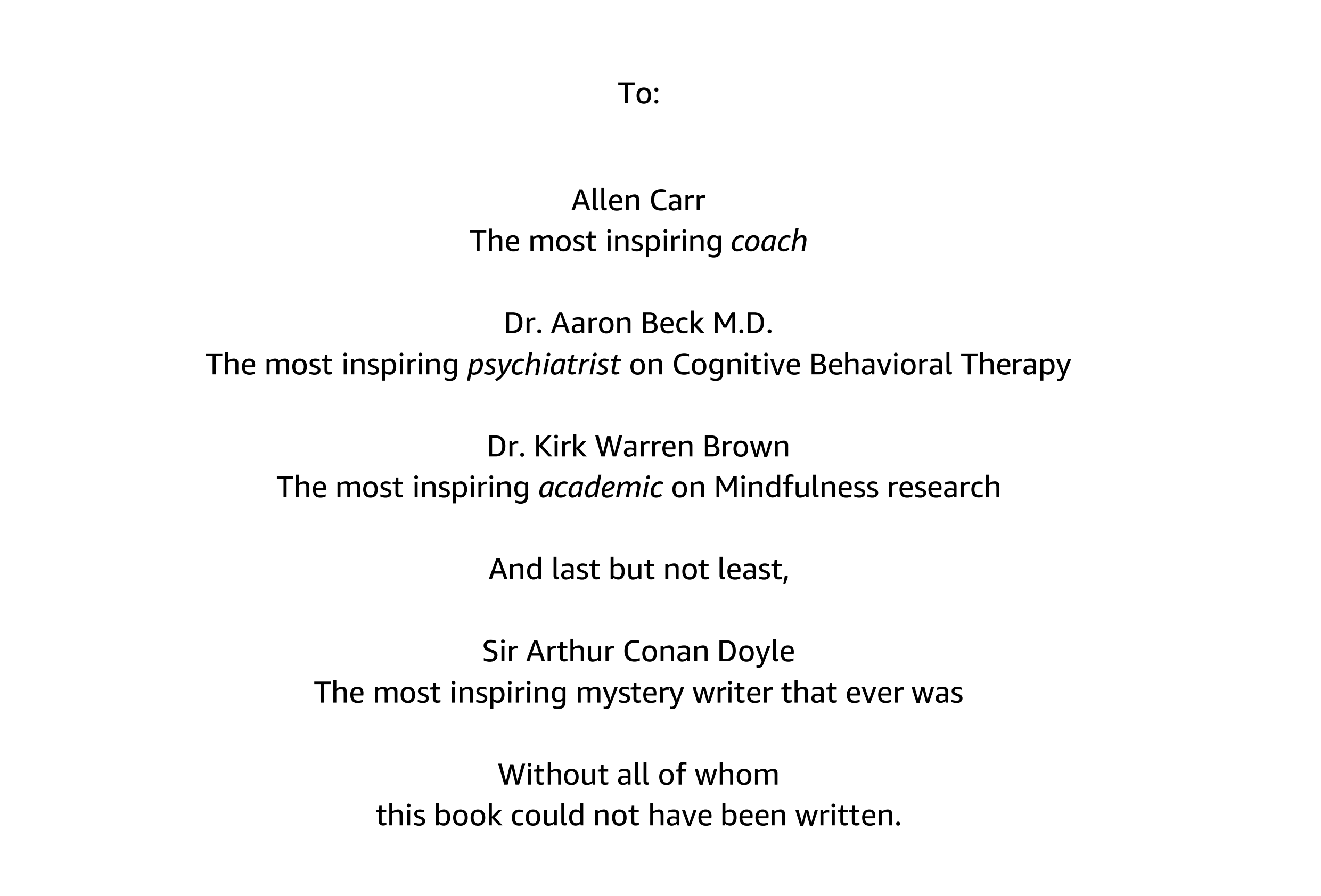 My biggest dream is that my book may one day be on the list of those that inspired you. Thank you for reading.