How long does it take to stop drinking? [Vlog #17] 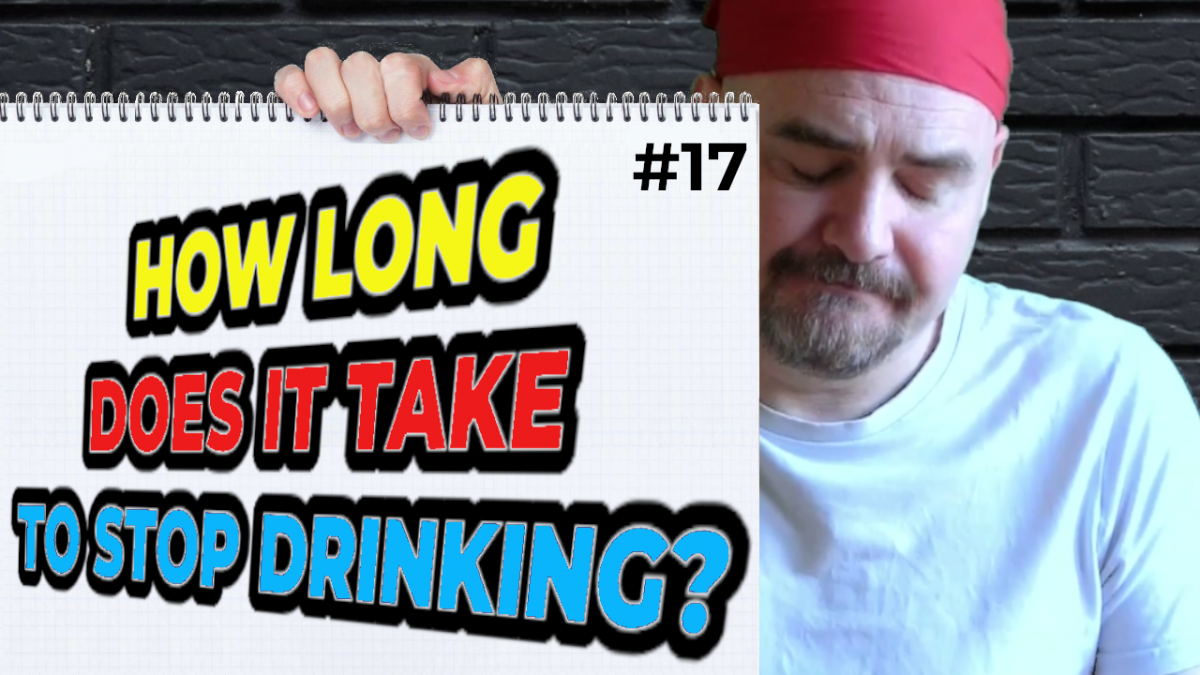 Good morning and welcome to the Crazy Sobriety Vlog and today’s question is, Why I need time to stop drinking?

It comes back to the point you do need time.

You’re probably going to quit several times before you finally stop drinking. And you’re probably going to have to quit in all the wrong ways, like with “Quit in X number of days” books, giving false hope or false dreams, because you almost have to suffer the hard way; You have to learn from your mistakes about quitting.That’s irritating to me because I just feel it’s such a shame, because why can’t you do it right the first time?

GET IT RIGHT THE FIRST TIME

Why don’t you put the prep in if you know for a fact that you need to stop drinking alcohol and do it properly.

1. Read a good book (like mine, “Holmes’s Complete Guide To Stop Drinking Alcohol“).

3. Get your thinking right.

4. Get your your strategy together.

THE WRONG WAY OF DOING IT

Don’t muck around with this “few days here, few days there” without any plan of how you’re going to move forward after that. There are people in America to whom judges sometimes say, “you’ve got an enforced detox after your DUI.”

And people go on this chemical medical detox, for a few days, so they’ve got no alcohol in their system. And then what? Then they want a drink because they haven’t done anything about their thinking about alcohol and they haven’t got any plans or preparation for the real world.

And what do most rehab clinics say? “Join the 12 step programme and believe in a higher power.”

So you’ve got a choice here, either get wrecked every night or believe in a higher power?

It’s a very straightforward rational book based on research with over 300 academic references, because I want you to see the evidence for yourself, so you can look it up.

So you can say, “right, that’s what he says the evidence is, I’m going to do that search. There’s a link. I’m going to search that up on the internet and check.”

Hopefully it’s not enough time to hang yourself, like maybe it was for me.