Do I drink too much? 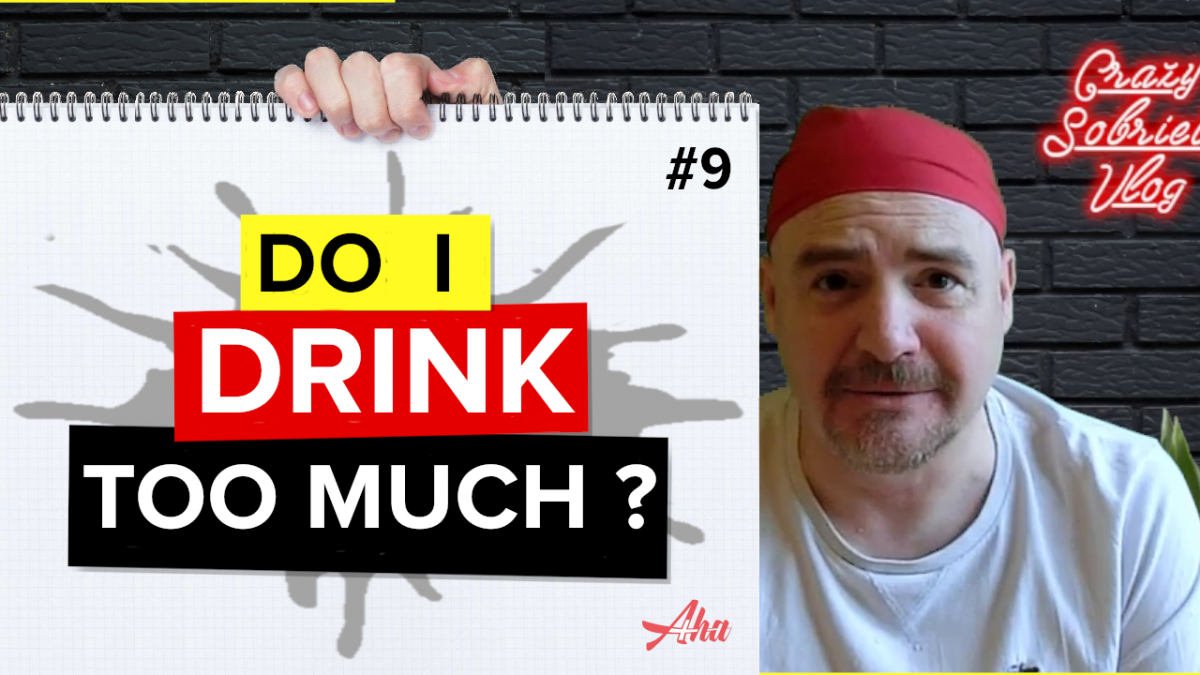 If you’re asking yourself do I drink too much? Mark Holmes, Alcohol Quit Guru, identifies SIX key indicators of drinking too much.

Good morning and welcome to the Crazy Sobriety Vlog and today’s question is, how do you know if you drink too much?

You wake up, your head is confused. You’ve got a massive hangover. You’re dizzy, you’re sweaty, you’re still in the clothes you wore the night before. And judging by them, you’ve been out last night because you look pretty fancy-dressed except for the puke running down your shirt. And you feel dead and you want to die.

This is the ‘normal’ hangover extreme experience.

And slowly as the fog clears, you start to remember what actually happened the night before. You remember going inside a club. There was a nightclub. There was loud music. And then you get these flashbacks. And you can see people dancing on the dance floor. They’re all men. What are they all men for?

(Don’t worry this is not an anti-gay video.)

Why are they all men? Have you gone in the wrong club? You don’t know.

Next flashback. Flashback! You’re in a toilet cubicle. You’re bent over. There is some Spanish waiter rogering you from behind. And you’re staring at the floor in the dark going, “What am I doing here?”

And I think it’s fair to say for non-practising homosexuals, gay intercourse, in a cubicle, after too many bottles of wine, is probably an indication that you may be drinking too much.

So what are the other indications?

If your thoughts are consumed by “what time am I going to drink?” Or,  “I can’t wait until I get home so I can have a drink.” Or, if you’re thinking, “when this day is through, at least I can have a beer.”

Then that thinking says to me, you probably drink too much. If other people are telling you you got a problem? If your spouse, girlfriend, boyfriend (All good. All good!) tells you that you’ve got a drinking problem, well, then probably you might be drinking too much.

Physically, what’s your body telling you?

Mentally. What’s your head telling you?

Interpersonally. What are your friends and family telling you?

Your friends might tell you the opposite actually. Don’t trust your friends. Don’t ask your friends if you’ve got a drinking problem, or if you drink too much. They’re the last people to ask because they’re probably drinking too much too and they don’t want to lose a good drinking buddy.

What are the thoughts you’re having? Are you having any urges and cravings? If you’re thinking about when you’re going to have a physical drink it’s an urge. If you just want to get drunk, that’s a craving. I write about it in quite detail in my book, “Holmes’s Complete Guide To Stop Drinking Alcohol“.

Could be problems related to finance because you’ve lost your control over inhibitions. And so you could be spending more than you care to do, or making bad decisions about spending. Buying things that are beyond your means. Taking out HP on a brand new car that you can’t afford. People do these sort of stupid things if you’re drinking too much.

Making bad decisions about relationships, going with the wrong people when that can be dangerous, can’t it, as I aptly described in my introduction!

If you’re asking, am I drinking too much? I probably bet money that you are.

Then the next question is why?

← Go to How will I cope after I quit drinking Go to What is your worst drunk? [Crazy Sobriety Vlog #10] →